The UAE appears at the eleventh position among the countries identified with medical tourism, reveals a survey.

Meanwhile, about 94 per cent of medical tourism specialists in the country believe that they have yet to reach its full potential, said the survey carried out by a healthcare travel consultant in . 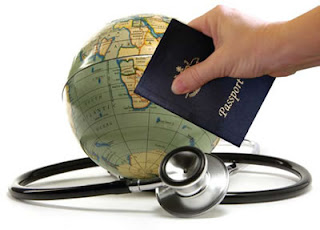 Architect of the survey and Chief of ExHealth Dr Prem Jagyasi said, " has been ranked as the number one popular destination, as of the 35 countries identified in the survey as being significant healthcare tourism providers."

" and have been respectively positioned at second and third places, while the had a surprise ranking at number four and the UAE came in at number 11," he pointed out.

According to him, the report shows that confusion, lack of information and fear about complications following surgery are the main reasons for patient reluctance to cross international borders for health services.

"Education is a vital component to facilitate medical tourism to reach its potential. People's fears on foreign treatments should be allayed, and potential health tourists should be guided with information and advice on visa and travel issues," elaborated Dr Jagyasi.

According to the survey, the Asian and Far Eastern countries are well-established medical tourism destinations, so the top three placings were expected.

"The came in at number four, which wasn't anticipated. It could mean that there are as yet untapped opportunities for facilitators looking to incorporate this potentially lucrative market in their service provision," it detailed. 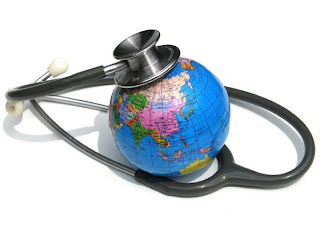 "The purpose of the health tourism survey was to gain valuable insights into aspects of medical tourism from professionals involved in the sector," noted Dr Jagyasi.

"About 95 per cent of the respondents to the survey identified themselves as being either directly or indirectly involved with healthcare travel in the scope of their work," he added.

According to him, the information gathered from them revealed facts concerning terms, trends, status, opportunities and challenges.

Dr Jagyasi said that the knowledge gleaned from the survey will be used to promote the healthcare sector and provide significant content for a soon-to-be published guidebook for consumers who are considering undertaking treatment abroad.

"When asked about the reluctance of patients to participate in healthcare tourism, the respondents expressed concerns about complications and confusion over available services," he explained.