‘Switch to modern irrigation and save water resources’


THE federal environment authority requires those engaged in fodder plant farming to focus their attention on planting species, which are proven to be consuming less water and being able to bear up to the extremely dry local environment. 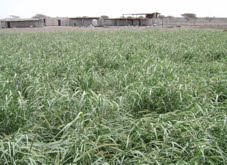 As the current agricultural irrigation methods are unsustainable and had a negative effect on the environment, the Ministry Environment and Water (MoEW) plans to enforce the new agricultural strategies that would alleviate the situation arising from the country’s water scarcity.
According to a senior ministry official, all farmers would be trained to adopt the modern agriculture and irrigation techniques, as the agricultural sector consumes the largest proportion of water in the country.
Abdulla Salem Janan, Executive Director for Agricultural and Animal Affairs at the MoEW, said that the fodder plant farmers would be provided with both methods and processes that have been successfully employed elsewhere, to replace their current patterns.
“The ministry has introduced a range of grass seeds, the cultivation of which has proved to be successful in rationalisation of water consumption. The initiative will help the UAE’s animal feed agricultural activities achieve food security through application of profitable and sustainable methods of farming for local consumption,” he added. 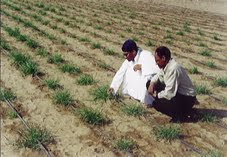 “The strategies are being implemented in tandem with the International Centre for Agricultural Research in Dry Areas (Icarda) to popularise farming of animal feed plants suitable to the local environment under modern agricultural systems.”
Dr Maryam Hassan Al Shenasi, Executive Director for Technical Affairs at MoEW, observed, “It’s time to replace traditional agricultural irrigation practices with new irrigation methods and efficient use of advanced techniques like solar energy to significantly reduce water use at farms across the country.”
“As the UAE has relatively weak groundwater reserves, it heavily relies on the desalination of sea water to meet the mass requirement of drinking water, she said.
“More water resources preserving programmes would be launched by the beginning of 2011, by enhancing the efficient energy-consuming vegetable production plans equipped with modern technologies for farming,” pointed out Dr Al Shenasi. 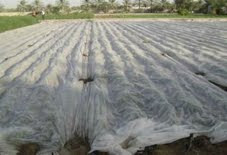 According to her, in 2008, the UAE consumed around 4.5 billion cubic metres of water from both the desalinated stock and underground reserves. The per capita water consumption in the region was at over 150 gallons a year in the same year.
“The UAE can only address its water scarcity and depletion issues and ensure the availability of quality and clean water through national level integrated strategies for environment conservation, protection of water resources of surface, groundwater and sea water and enhancing water security,” she added.
“The largest user of water in the UAE is the agricultural sector, where the water consumption is at 34 per cent. It’s followed by domestic and industrial sectors at 32 per cent, and forestry at 15 per cent, and landscaping at 11 per cent,” pointed out Dr Al Shenasi.
The emirate of had announced last month a five-year plan to save up to 40 per cent of water used for farming, by improving higher water efficiency in agricultural production.
According to the Abu Dhabi Food Control Authority (ADFCA), advanced irrigation methods will be introduced in the Emirate to achieve the goal. The first irrigation demonstration farm has already been launched in the Seih Al Kheir area of the capital. 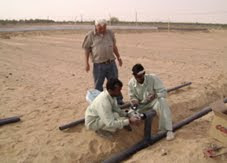 Meanwhile, the environment ministry is currently preparing an advanced water data management system titled “Water Resources Information System (WRIS).”
“The WRIS would address the country’s wide range of issues related to water consumption, including irrigation, population growth and dependence on alternative water sources,” said Dr Mohamed Al-Mulla, Director of Water Resources at the MoEW.
“The WRIS would mainly address the most significant issue of the existing water resources in the country,” he pointed out.
The MoEW also called for implementing integrated national-level programmes to preserve water resources by reducing water depletion, rationalising consumption, and protecting ecosystems.
(Pix: Supplied)
Posted by PMA RASHEED at 12:17 AM