Ministry shuts down crusher in Fujairah

The UAE Ministry of Environment and Water (MOEW) has temporarily suspended operations of a stone crusher unit in the Toyeen area of Fujairah, for not adhering to the environmental and public health safety regulations. 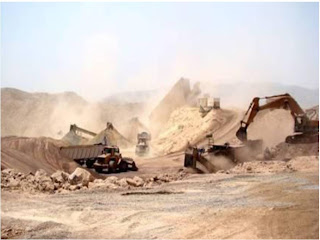 The crusher unit violated conditions for operating the machines, failed to take necessary measures to prevent emission of dust into the surrounding areas, while producing the stones, the MOEW sources confirmed.
The continuous emanation of dense dust had seriously polluted the environment around the site of the industrial unit, as a result of the lack of proper maintenance of the dust control system, said a spokesperson of the ministry.
“The crusher unit has breached the regulations four times during the period from July to early September, not controlling the dust emissions while crushing and transporting the produced stones,” he added.
“Owner of the industrial unit has been asked to close down its functioning for a period of seven days, within that the offences should be corrected by implementing effective dust emission control mechanism at the site,” he added.
“A team of inspectors from the technical section of the MOEW’s regional office in Masafi will give permission for resuming the operation, after reviewing the applied environmental protection methods,” elaborated an MOEW statement issued on Tuesday.
“The work of the quarry and crusher facilities and transfer of the products will be followed-up, monitoring regularly to confirm their compliance with the conditions for protection of the environment,” it read.
According to it, the regional MOEW office collects data from all quarry stations in the area, including the type of equipment used for production. The volume of daily production will also be checked.
“The MOEW has been taking stringent punitive actions against violating operators, to ensure the protection of the environment and reduce emissions from stone crushers.” 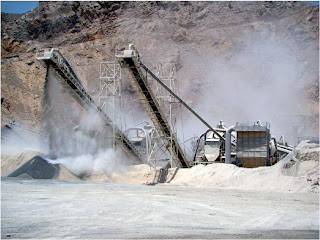 “The actions are being imposed on such establishments in collaboration with local environmental authorities and the Ministry of Interior and the Ministry of Labour to ensure the implementation of regulatory guidelines for the control of quarries and crushers,” said the statement.
The actions were imposed on the offenders, in accordance with the UAE Federal Law No.24/1999 and the regulations of Ministerial Council resolution No.20/2008 and the Ministerial Decree No.110 issued in February 2010.
Environmentalists say that quarries and cement factories pose serious environmental impact on the mountainous regions, which are being dug up to produce stones and building materials for the construction sector.
Dr Rashid Ahmad Bin Fahad, the Minister of Environment and Water had said that the ministry classified quarries into three categories — green, yellow and red.
“The quarried were classified in accordance with their adherence with safety and preventive systems aimed at reducing dust pollution,” he added.
“The red category quarries did'nt have dust control systems to reduce the dust pollution,” he pointed out.
Posted by PMA RASHEED at 11:56 AM