Director’s cut: No impediments to creativity in Iran

BY PMA RASHEED
The Gulf Today, 17 Dec 2008
IRANIAN filmmakers enjoy a great deal of freedom of expression as majority of them rely on subjects which are closer to the lives of Iranian people, according to a prominent movie director from Iran.
“We are not facing restrictions or censorship from the authorities, as propagated by the media.
The movies focus on reality, our creations are very much received and appreciated by the audience in Iran itself,” said Majid Majidi, Iran’s only Oscar-nominated director.
He was speaking to the media on Tuesday as part of screening his latest venture Song of the Sparrow at Dubai International Film Festival (Diff 2008).
He pointed out: “Bringing out humanitarian problems are my interests, when I make films. I choose the socially relevant stories for my movies as in-depth analysis of humanity. I hope adopting this human approach will be exciting to the lovers of Iranian movies from other parts of the world too.”
Song of the Sparrow is a deeply humanistic story set among Iran’s underprivileged explores how capitalism and technol 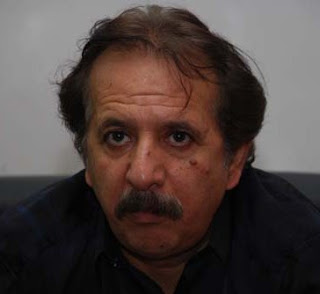 ogy corrupts man. “Sparrow is a simple and lovely bird. Even if the bird looks small and weak, it’s strong within. It attracts attention, so I used the symbolism to convey a strong message of life. Sparrow survives by living and flying in different climates and situations,” said Majidi.
The movie has been nominated for about 11 awards, and has won at least five accolades at present.
When asked about the challenges and difficulties of filmmaking in Iran, he said: “Filmmaking is an art, as well as an industry. In that aspect, the crisis in producing a film is not only faced by the directors in Iran, but filmmakers in all over the face such challenges. In Iran, we do face a lack of sufficient financial source.”
“Otherwise, we enjoy a great freedom for expressing our ideas through our films. We don’t face any so-called restrictions or censorship from the authorities, as most of the Iranian directors focus on reality which is very close to the lives of people. And our creations are very much received and appreciated by the audience in Iran itself,” he added.
“I have three projects coming up. Presently I am working on a movie, which is related to India. The project, in association with Zee TV, is based on Kasmir. It’s not completed yet, as there are some security issues over there.”
Raza Naji, who played the protagonist in Song of the Sparrow was also present at the press conference. He said that he was totally dissolved in the character itself. “My character has been picked up from the real life and role has two phases in the film. In the first part of the film, the character is a generous personality, while in the second part he loses the good quality and changes his generous nature due to financial problems. But, at the end he comes to know about his mistakes and wish to retain his real qualities,” Naji added.
“Even though I didn’t relate to it completely, I adapted myself to the role. It’s very important to feel what the individual in the film is going through,” he said.
Posted by PMA RASHEED at 2:00 AM