A collection of endangered wild fauna of the UAE is on display at Al Qasba in Sharjah. The show titled "Envirozone," aimed at raising awareness among the young generation on the 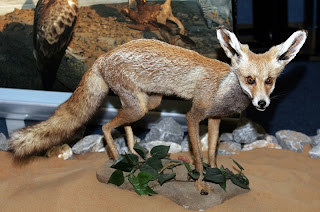 wildlife of the region, has been hosted by Sharjah National History and Botanical Museum, as part of summer festival "big house of fun."
The Sharjah Natural History and Botanical Museum (SNBM) participates in the environment awareness zone, where different types of local plants and seeds have been displayed to educate visitors about their benefits and uses.
Also, visitors to the zone are able to take part in daily activities such as drying plants and creative shell workshops as well as viewing rare photos of hawks and animals that face extinction.
The SNBM is also holding a special lecture on protecting the natural environment and how to preserve animals and hawks native to the UAE.
According to Zeina Alniaimi, activities and exhibitions officer at SNBM, the most endangered animals of the regi 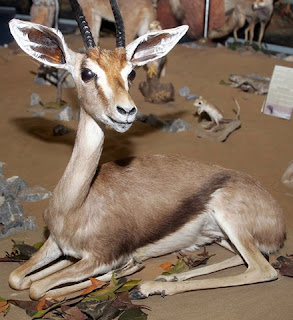 on are sand or rheem gazelle, striped hyena, Ethiopian hedgehog, hare cape, oryx, flamingo, caracal and Dhab.
She said: "Sand or rheem gazelle (Scientific name: Gazella subgutturosa marica) is a very rare animal, absent from the mountains. This species of antelope favours open sand areas and gravel plains. Herds of up to 100 animals once reamed great distances in search of food. It is principally a browser taking a range of bush, shrub and herb parts. It will also eat grass occasionally. Females give birth in spring and autumn, frequently to twins."
"Meanwhile, Striped Hyena (Scientific Name: Hyaena hyaena sultana is seen in dry and desert areas, except the central sand areas. It also occurs on the coast where it scavenges along the beaches. The Striped Hayena is the largest carnivore in Southern Arabia, although some male Arabian leopards may approach a similar weight. A female hyena will give birth to one to four cubs in den or burrow excavated by another species," she added.
Alniaimi pointed out: "Ethiopian hedgehogs (Scientific name: Hemiechinus aethiopicus) are found in the true desert and semi-desert areas of the Peninsula. In common with other hedgehogs, this species eats insects, 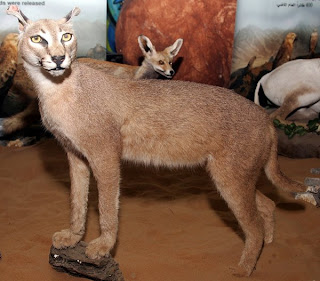 spiders, young birds, reptiles (including snakes), frogs and toads. Young and helpless hedgehogs are born after a gestation period of 40 days. This is the most common hedgehog in the Arabian Peninsula. It can live up to 10 years."
"Hare capes (Scientific name: Lepus capenisi L.) are the versatile mammals that can be found in desert habitats throughout all of the Arabian Peninsula. Herbivores feed on grasses, seeds, roots and leaves. This hare is a mainly nocturnal animal and well adapted to living in areas with little vegetation," she said.
According to Zeina, Flamingo (Scientific name: Phoenicopterus rubber) are filter feeders, as they feed on small organism with their filtering beak. In the UAE, they are found along the coast and in some small inland water bodies.
She explained: "Caracal (Scientific name: Caracal caracal schmitzi) are the second largest wild cat in the UAE, althoug 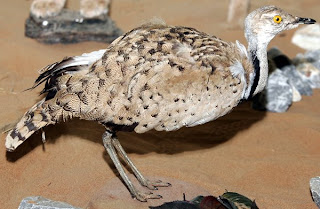 h not as rare in the mountains of the Northern Emirates as is generally believed. It prefers semi­desert areas, including hill ranges, the lower slopes of mountains and broken rocky plains. Their prey consists of mammals, ranging from mice to gazelles, birds and occasionally reptiles."
"Dhab or the spiny-tailed Agamas are a kind of lizards living in burrows that they excavate in gravel plains and scrubby deserts. Burrow entrances can be identified as semicircular opening with scattered droppings in the vicinity. Adults are mainly herbivorous but eat insects, while juveniles consume a much greater proportion of insect prey," she noted.
Posted by PMA RASHEED at 1:17 PM