Witness to history in the making

If you want to have a glimpse of the UAE history in the past half a century, come to the house of photographs. It's the residence of Royal Photographer Noor Ali Rashid in Sharjah. Here you can grab tens of thousands of photographs... mixed, old and new, small and big-sized, kept in hundreds of boxes and cartons, spread across the hall, dining room, bedrooms, living rooms, corridors and the kitchen.
The penthouse of the UAE's royal lens-man is literally a museum of historical records. You take a tour through the photographs with the veteran photojournalist. He will guide you through the history of the country. The photographs are his proud possessions, for which he has devoted his entire life.
Noor Ali Rashid can narrate hundreds of great anecdotes, valuable to the new generation, who wants to do research on the great country's past. Its tradition, lifestyle, customs, the royal life, everything is aesthetically depicted. Expressing his dedication to the country and its leaders, Noor Ali's cameras had captured everything... the birth, growth and prosperity of the UAE. He is a rich source of information. He provides the complete visual history of the country. His photographs are a significant link between the past and present of the UAE, and between the people of the country and its leaders. He worked with integrity and honesty while recording the amazingly fast development of the country under its visionary leaders.
Maybe, only Noor Ali Rashid can boast of presenting such a vast visual record of the country, its leaders and their efforts to 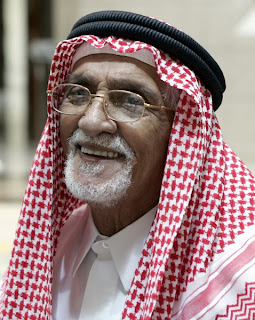 wards building the nation before and after the formation of the federation.
He is the most celebrated media personality of the UAE, who enjoyed intimate rapport with the Father of the Nation Sheikh Zayed Bin Sultan Al Nahyan as well as with other Rulers and royal family members of all Emirates.
Noor Ali may be the UAE's only media professional who got opportunities to rub shoulders with hundreds of world leaders on their visits to the country and also when accompanying with the rulers during their foreign trips.
Amongst the photographs, spread on each nook and corner of the penthouse at the Mubarak Centre in Sharjah, one can notice personal photographs of Noor Ali with most of the Sheikhs and officials from the beginning of the formation of the country. He grabbed innumerable honours, awards, accolades and certificates from the rulers, government departments, community groups and many foreign countries for his unparalleled photographic contributions to the country.
Recognitions as Photographer of the Millennium and Photographer of the Year and Personality of the Year, invitation by Texas Governor Ricky Perry, honours from former Egyptian President Anwar Sadat, former Sudan President Jaffar Numeri and King Hassan II of Morocco, Pakistan leader Benazir Bhuto and India's Indira Gandhi are among the hundreds of honours received by this royal photographer.
"I lost many of my precious gifts, monuments, jewelleries and other valuables presented by the UAE rulers, and leaders of the countries where I visited," Noor regretfully recollects about a robbery happened at his home 20 years ago, while he was on a foreign trip.
"The most regretful thing is that many of my timeless pictures and films, that I had taken during the past 50 years, including the most important moments of the formation of the United Arab Emirates, had been damaged as thieves threw them into rain water. Many of them were signed by Sheikh Zayed," he added.
UAE's royal lens-man is celebrating his 80th birth birthday this year, and also marking 50 years of documenting the history of the UAE.
"It's my 80th birthday this year, but I am 80 years younger. I am still working with the blessings of God," said the royal photographer. Although age has exhausted him a bit, his love and enthusiasm for his chosen profession are still intact.
He advises the budding photographers of the UAE to be more competitive, as they seem to be more talented, and have been exposed to modern technological advancements and greater opportunities. Youngsters can stand out only when they take efforts to create innovative visions for their generation. A quality photograph is made by good composition illustrated with an action.
"In the earlier stage of my career, photography was highly expensive. Now it's so simple and easy with automatic cameras. Even a four-year old child can take pictures using his mobile camera. Moreover, sophisticated cameras can be seen in every room of a house, even in kitchen," Noor Ali said.
In order to honour the veteran photojournalist and recognise the budding photographers of the country, Zayed University has instituted a student photography award in his name. Apart from photography, Noor Ali has other credentials in his illustrious media career. He was the editor of a bilingual magazine titled Arabian Gulf Trade, as well as the foreign correspondent of Pakistan daily The Dawn.
"I was also the first correspondent and distributor of the Gulf's first English newspaper The Gulf Daily Times, published from Bahrain in 1950s. I am also the first individual who secured advertising and publishing license from Dubai Municipality. It was The Dubai Advertising and News Agency," Noor Ali remembers with a sense of accomplishment.
Posted by PMA RASHEED at 12:08 PM