Out of breath, out of school

The impact of asthma, especially on young children, drastically affects their quality of life as many of them cannot even attend school due to chronic asthma, says DHA.
BY PMA RASHEED
5 May 2010, The Gulf Today
Around 53 per cent of student absenteeism in the UAE and other Gulf countries has been attributed to asthma, reveals a survey. 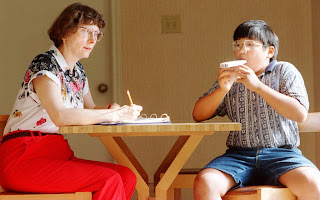 The survey carried out by the Asthma Insights and Reality in the Gulf and the Near East (NE), also found out that another 77 per cent of the asthmatics in the student community had unscheduled emergency visits to hospitals.
"The UAE has one of the highest rates of asthma with a 13 per cent diagnosed rate with 68 per cent of respondents to the NE study in the UAE reporting day-time symptoms of asthma and 59 per cent a limitation of activity due to asthma," it read.
According to the survey, about 56 per cent of asthmatics in the UAE have been reported using rescue medication for the disease and 52 per cent reported emergency visits in the UAE.
Across the world, an estimated 300 million people suffer from asthma, with 250,000 deaths attributed to the disease every year.
The statistics has been released at a campaign organised by Dubai Health Authority () at Dubai Mall on Tuesday to observe the World Asthma Day 2010.
The campaign, held in collaboration with respiratory medicines manufacturer GlaxoSmithKline (GSK), aimed at raising awareness of the respiratory issues facing patients in terms of effective asthma management.
"The is working at various levels to develop further preventive management strategies to reduce the negative impact that asthma has on a patient's day-to-day life," said a senior member.
Dr Ahmad Ibrahim Saif Kalban, CEO of the Primary Health Care Sector at the said that the impact of asthma, especially on young children, drastically affects their quality of life as many of them cannot even attend school due to chronic asthma.
"Lack of awareness about the condition in the UAE is the key factor in increasing the number of asthmatic patients. Polluted air, persistent dust and other environmental factors dwarfs effective and sufficient management of the disease in the country," he pointed out.
"Meanwhile, the bronchiole asthma is mainly caused by a hereditary factor. The habit of eating junk food is also a reason for the current levels of increase in asthma," added Dr Kalban.
According to him, asthma can be managed properly and will not affect the patient's quality of life to a large extent, if diagnosed early.
Dr Khalil Qayed, Director of Medical Education at the , said a number of initiatives at various levels have been undertaken by the to help asthmatic patients and their families better manage the condition.
"The has already begun the process of recruiting respiratory nurse specialists to boost the fight against asthma in the Emirate and reduce the number of hospitalisation and emergency asthma cases. The country's first respiratory nurse specialist has joined with the in March, to support adult asthma patients to improve the way they manage the disease," he added.
The health authority introduced a comprehensive respiratory education project to facilitate fighting the prevalence of asthmatic diseases among the residents.
Also, the signed an asthma management partnership contract with the GSK, aimed to establish a centre for excellence in respiratory care in the country. The Dubai Respiratory Centre of Excellence trains hundreds of respiratory nurse specialists, so that the asthma patients in the Emirate and across the UAE will be able to get the world's highest standards of respiratory care.
According to Ghandi Gharaibeh, Marketing Director for and , it's all about helping patients to better manage their asthma to avoid hospitalisation and emergency.
"Asthma patients and parents of asthmatic children should seek advice from the 's newly appointed respiratory nurse specialists to ensure they avert critical incidents," he added.
Dr Bassam Mahboub, Head of Pulmonology Department at the , opined that proper monitoring of the asthma would lessen its effect on life dramatically.
"Hopefully in time, we will be able to prevent hospitalisation due to asthma simply by supporting effective asthma management," he added.
"Over the past few days we have had hundreds of people take the lung age test to find out about the condition of their lungs," said Jacqueline Brereton, a respiratory nurse specialist who has been running a training programme to educate nurses and doctors.
"Sadly many of them have tested at least 10-years older than their real age, particularly amongst the younger men. However, many of the UAE nationals have taken an interest in the issue, the response has been very positive," she added.
Observing the World Asthma Day, the DHA health centres located in Al Mankhool, Al Mamzar, Al Tawar and Al Khawaneej areas have offered asthma checks and presentations of inhaler techniques and other factors affecting asthma for patients and parents of children with asthma as a form of further essential education.
The Dubai Respiratory Centre of Excellence trains respiratory nurse specialists to enable asthma patients to get world standard respiratory care.
Posted by PMA RASHEED at 10:51 AM