BY PMA RASHEED
The Gulf Today,
RESIDENTS of the UAE have been ranked as the world's top purchasers of pain relief medications with 72 per cent having bought painkillers in the past six months, according to a recent global survey.

The study by market research establishment Synovate says the high usage of such medicines as a preventive measure sheds light on the fact that many people are less aware of what is healthy and unhealthy, so their standards may not be up to the same level as other countries.

However, a top official from the UAE Ministry of Health (MOH) has said that the study had not been communicated to the health authorities. 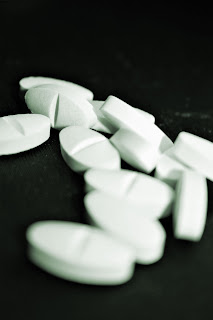 "The UK and Australia are also big purchasers of pain relief medications, at 62 and 61 per cent respectively, without doctor's prescription, while the painkillers are least popular in Taiwan at only 10 per cent, followed by Hong Kong at 15 per cent, and Chile at 17 per cent," the survey said.

Per-Henrik Karlsson, the Dubai-based business development director for Synovate in Central and Eastern Europe and the , told The Gulf Today that most people in the UAE tend to carry around over the counter (OTC) painkillers and take them for even slight headaches, any signs of cold or flu, or other minor ailments.

"Headaches are common, most likely a result of a very hot climate outside combined with very cold air-conditioning inside. Being health-conscious is relatively new for many of the local and expatriate populations in the UAE," he added.

Karlsson said the study covered almost 12,000 people from across 15 countries to understand attitudes towards healthy living, over the counter medications, the effectiveness of store label medications versus branded ones and staying healthy when travelling.

"When medication is required, cough or cold medicines, at 40 per cent, and pain relievers at 38 per cent, were at the top of shopping lists of medications over the counter bought by people globally in the last six months," added Karlsson.

Dr Amin Hussein Al Amiri, executive director for medical practices and licensing at the MoH, told The Gulf Today that the current health conditions of the residents or the health policies of the UAE cannot be measured based on these kinds of surveys.

"The UAE has implemented international regulations in regard to the OTC purchase of medications. The MoH is strictly following up the international guidelines on the medicines being sold out at pharmacies and the permitted range of medications available at supermarkets," he pointed out. 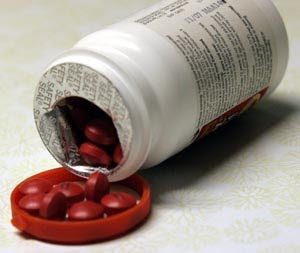 "The UAE National Committee for Bio-Equivalence, consisting of members from the MoH, local health authorities, the Ministry of Environment and Water, and the Municipalities, has finalised a list of OTC medications sold at supermarkets," added Dr Al Amiri.

According to him, the list permits only a limited range of drugs like minimal pain-relief medicines and cough syrups, to be sold at supermarkets in tandem with international regulations.

Karlsson said, "About 51 per cent of the survey respondents carry over the counter medications with them when traveling. The UAE residents again ranked number one at 75 per cent, closely followed by The Netherlands with 73 per cent."

"Most people in the UAE carry around over the counter pain killers on a daily basis in case of a headache or other need, it's only natural that they also take those medications with them on holiday," he added.

According to him, nearly a third of people globally - at 27 per cent - do consider store label to be just as effective, led by the UAE at 52 per cent, followed by and . However, 86 per cent of the UAE respondents prefer to use or give their families recognised brands.

"Brand consciousness is very high in ," he noted. "So even when people believe a store label is just as effective, they still prefer to use recognised pharmaceutical brands." 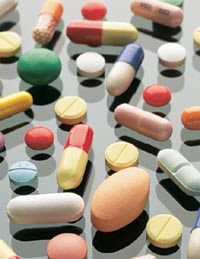 "However, the UAE is considered to have excellent healthcare. The majority of locals and expatriates have private medical coverage and medical facilities are of the highest quality. This could contribute to people feeling they're in excellent or good health," said Karlsson.

"For the UAE residents, the most popular course of action to improve health is eating more fruit and vegetables, opined 69 per cent of the respondents. Meanwhile, 31 per cent of them specified on regular exercise, 27 per cent voted for trying to lose weight, and 23 per cent preferred to take vitamin supplements," he explained.

The global survey claims to be exploring people's attitudes and behaviours when it comes to buying and using over the counter medications, revealing how we medicate ourselves when the physical pain comes on.