No minimum wage structure yet for migrant Lankan workers

By PMA RASHEED
3 Feb 2011, The Gulf Today
The Sri Lanka government has not taken any firm decision on fixing a minimum wage limit for its workers in the UAE, according to the newly-appointed chief of Sri Lankan mission in Dubai.However, a set of standards have been formulated by the authorities which stipulate unskilled workers and domestic helpers to take up jobs if they are offered a minimum Dhs850 to work in the UAE or equal remuneration in other Gulf countries. 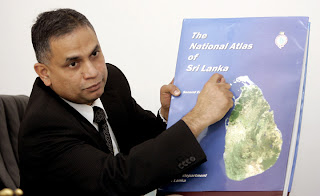 MM Abdul Raheem, Consul General of Sri Lanka in Dubai and Northern Emirates told The Gulf Today that Sri Lankan employment agencies also are required to follow the criteria while recruiting housemaids and domestic helpers from the island."The minimum wage structure for the migrant workers has not yet been developed as a bilateral pact to implement it officially, as Indian government and missions in the UAE has recently proposed a hike in the minimum wages for its workforce. The decision on a minimum wage structure cannot be taken arbitrarily," he said. "We encourage the unskilled workforce from the island not to opt for a job that pays them less than Dhs850 or its equivalent. Meanwhile, there's a huge influx of skilled workers from Sri Lanka to the Emirates engaging in a wide range of vocations. Wage limit for such workers depend on their contract with employment providers," he added.The Sri Lankan community in the UAE will celebrate their 63rd Independence Day, which is the second occasion after wiping out terrorism from the island, on Friday. MM Abdul Raheem, who took over as the mission chief on Jan 10, will hoist the Sri Lankan national flag at 8.45am at the Consulate, and will direct the celebration activities for the first time during his assignment in Dubai."The UAE is home to about 225,000 migrant Sri Lankan workers, out of which 190,000 expatriates are employed in Dubai and Northern Emirates. A significant majority of them are engaged in domestic helpers in the UAE, noted Raheem.Speaking about rehabilitation of the Gulf returnees to Sri Lanka, Raheem elaborated, "The Sri Lankan labour ministry is addressing the issue by providing them support with local opportunities in different local sectors such as garment manufacturing, fisheries, tourism and related self-employment possibilities.""Local opportunities have been doubled in the Sri Lanka's post terrorism eradication era, which witnesses escalating prospects in the tourism sphere. The political stability has not only boosted the influx of tourists to the country, also increased interaction among citizens as mobility is ensured between North and North parts of the country," he elaborated."My assignments in Dubai include boosting bilateral trade relationship between Dubai and Sri Lanka, focusing on investment opportunities and promotion of tourism. The bilateral trade between the two countries has been estimated at about $550 million in 2010, out of which exports from Sri Lanka to the UAE only account for $215 million," he said.
Posted by PMA RASHEED at 2:07 PM