A Dubai-based engineer and his four-member family, including two minors, were murdered in Hyderabad, the capital city of the South Indian state of Andhra Pradesh.
The Dubai resident Kadali Prasada Rao (40) was working with Dubai Petroleum for the past 10 years.
When The Gulf Today contacted the oil company, an official said: “The only thing we know is that the man and his family has been killed in India. We cannot provide any further information about this particular incident as per our company policies.”
The bodies of Rao, his wife Vijayalakshmi (37), daughter Kavitha (11) and son Ketan (10) were found at a lodge nea 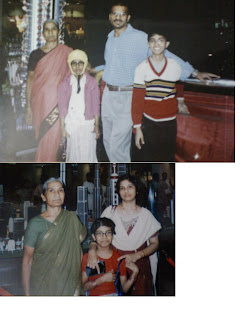 r the railway station in Secunderabad on Saturday morning.
The family was supposed to fly back to Dubai on Aug.21 after their vacation in Hyderabad. He had reserved flight tickets for Friday to fly to Dubai from the Rajiv Gandhi International Airport. His passport and flight ticket were found by the police in the lodge room.
The Indian media (including The Times of India and The Hindu) reported that all the victims were strangulated to death. The Gopalapuram Police of the area had launched an investigation into the massacre, which came to light in the early hours of Saturday.
The police broke open the doors of the victims as the lodge employees became suspicious after a foul smell began emanating from the rooms, which were locked from outside.
“Rao was lying dead on the floor in one room with bleeding injury on his head, while the bodies of his wife and kids were on the cots in another room of the RAK Royal lodge,” said the Indian newspapers.
Rao hailed from Medicherlapalem of Rajolu in East Godavari district. He came to his village from Dubai last time following the death of his brother. He used to come to the village with the family during vacations.
According to the reports, the police were on the lookout for four others who had checked in the lodge along with the victims’ family four days ago. Rao and his family came to the city along with two other families on Aug.19 and checked into the lodge in the evening.
The police suspect the hand of close relatives of the victims behind the crime, which was executed due to property disputes or personal animosity.
The police have sent the victims’ bodies for forensic tests.