A cyber maestro has emerged from Dubai's expatriate community even before stepping into his teens. Meet Babar Iqbal! He has become the youngest certified IT specialist in the world, at 12.
The little Dexter from Pakistan has stunned the IT experts from across the world as he just walked over them storming towards yet another achievement.
When asked about his outsta 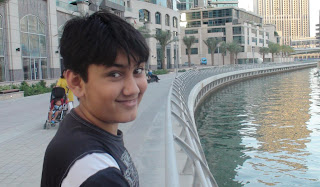 nding capacity in the field of information technology, Babar answered philosophically, "Technology is supposed to be sweet, something that you would love to have."
Babar is truly an inborn genius. The whiz kid fell in love with the world of computers at the age of five. When he was just 10, the genius cyber kid achieved a lot more than many of us could dream of accomplishing in our entire life.
There are four world records in his credit. He became the youngest Microsoft Certified Professional (MCP) and the youngest Certified Internet Web Design Associate (CIWA) at the age of nine. He also surpassed his compatriot Irfa Kareem Randhawa, who made this record at the age of nine years and seven months.
When he was 10, Babar was awarded the youngest Certified Wireless Network Administration (CWNA) and he became the youngest Microsoft Solution Provider (MSP) at 11.
And recently, the little cyber genius has added a fourth crown to his elusive list of achievements, becoming the youngest Microsoft Certified Technology Specialist (MCTS) in NET 3.5 at the age of 12 years.
Currently, the boy is undergoing in-depth training and works with Microsoft Imagine Cup Gulf, as technical coordinator. The grade-nine student has taken the world by storm and making his nation proud, so he was honoured by the Pakistan government on his outstanding performance and achievements.
Babar shared his plans, "I wish to be the youngest PhD holder in the world and contribute significantly to the world with my skills in IT. I also want to work with the United Nations, and with Bill and Melinda Gates Foundation."
"I want to contribute to the uplift of the deprived and poor people by utilising technological advancements in a positive way. Initiatives should be taken to provide guidance and support to the underprivileged and make them specialists and experts in the IT field," said Babar.
The exceptionally talented teenager commented, "Kids of my generation must be given lessons on games, animations, cartoon development and fun things, rather than mere IT studies. Slowly they will grasp serious IT lessons through more fun."
Babar was born in an overwhelming surrounding of computers and monitors, at his home in Dera Ismail Khan in Pakistan. It was not just a typical family. His father Abdul Shahid Sadiq is an engineer and he got five kids (three boys and two girls- Asif, Kashif, Babar, Saima and Asifa. All of them are Microsoft certified professionals and extraordinary in their own selves.
Asif Iqbal and Kashif Iqbal, IT professionals based in Dubai, are the mentors of Babar. They believe that their younger sibling has a noble cause to utilise his skills.
Asif opined, "To bring up more talents in the field of IT, inspiration should come from parents allowing them to excel in their field of interest. Many parents don't encourage their kids to follow their ambitions and tastes. The attitude should change."
"The competition for MCTS held at D 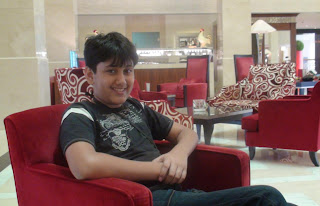 ubai had participants from all over the world. All of them were aged between 20 and 35 years, except Babar. He just walked over them and became the youngest MCTS in the world." Aisf said.
Meanwhile, Kashif recollected, "Babar used to annoy us by intervening in our work when we sat on computer with our projects as part of IT studies. Later, we realised his interest and talent in computers, so we encouraged him."
"Now his skills range from 3D Game development with Microsoft XNA for XBox 360 and Windows, to Microsoft Visual Studio NET 2005, 2008 and Visual C#, WPF, Silverlight, Expressions Studio. Babar is excellent in Microsoft Surface Application Development (He loves MS Surface), and 3D Modeling in 3DS Studio Max 2009, as well as Animation and cartoon creation," he added.
The boy also has expertise in web designing including Adobe Flash CS4, Action script and XML, radio frequency technologies and mobile applications development especially in Adobe Studio. Windows 2000, XP, Vista and Windows 7 Beta, 802.11 regulations and standards, networks and security are also his forte.
Salaam cyber genius, keep it up and make your dreams come true! Let the world of kids get inspired by Babar in creating headlines at such tender age.
Posted by PMA RASHEED at 1:48 PM